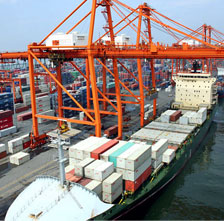 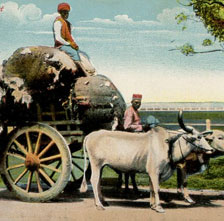 
This place is pretty special, although there is no indication to the fact that it is one of the largest foreign exchange earners for India. Or that the biggest global brands get their garments made in this small city and that the garments made here are sold in the largest retail stores across the world. Welcome to Tirupur (occasionally spelled Tiruppur), a city of around 600,000 people in Tamil Nadu. The Tirupur Exporters’ Association (TEA) has clocked 15.5% growth in revenue at 3.08 Billion USD in 2014-15 as compared to 2.67 billion USD achieved in the previous fiscal. The export figure has been arrived after consolidating the knitwear exports data collected from 38 banks located in Tirupur and surrounding areas.

How it all began


The amazing growth of Tirupur as the Indian hub of garment exports started only in the late seventies. Before that, this small town was the manufacturing hub of white knit inner wear (the first knitwear unit in Tirupur was set up in 1925 and it emerged as the prominent centre for knitwear in South India in the 1940s) thanks to the Noyyal river and the cotton belt all around the city. With the Manchester of India -- Coimbatore -- next to Tirupur, it was only natural that the city should evolve as the garment manufacturing powerhouse of the country. Initially, knitwear from Tirupur went to suppliers and exporters in Kolkata and Mumbai. But in the late seventies, Italian garment importer Verona chose to go directly to Tirupur to buy white T-shirts, and that was the beginning of the rise of a new Tirupur. In short, Verona was the man who brought European business directly to Tirupur. In 1981, European retail chain C&A also came to Tirupur. In no time, other international stores too started approaching the garment manufacturers in Tirupur.


Tirupur Kumaran (1904- 1932), also known as Kodi Kaatha Kumaran, was an Indian freedom fighter. He was killed by the British police on April 07 1932 during a protest march against the British colonial rule of India.

He was assaulted by the British police due to his refusal to let down the national flag which was banned by the Governmnet then. Kumaran attained matrydom holding the flag of the Indian freedom movement 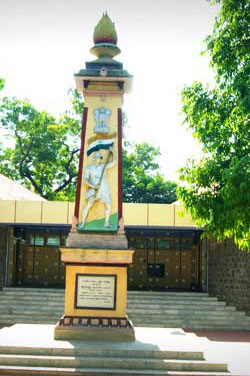 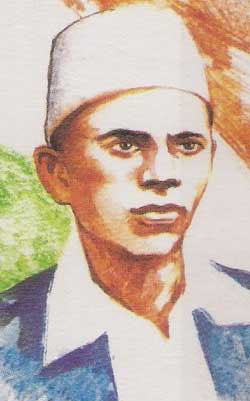